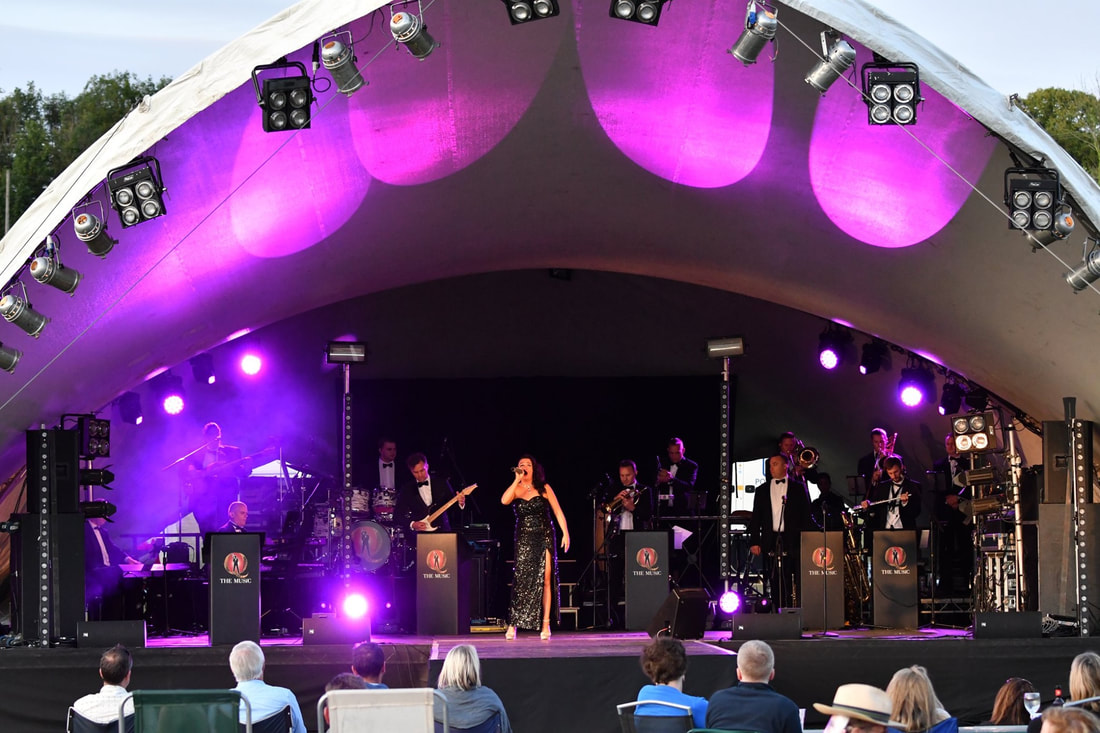 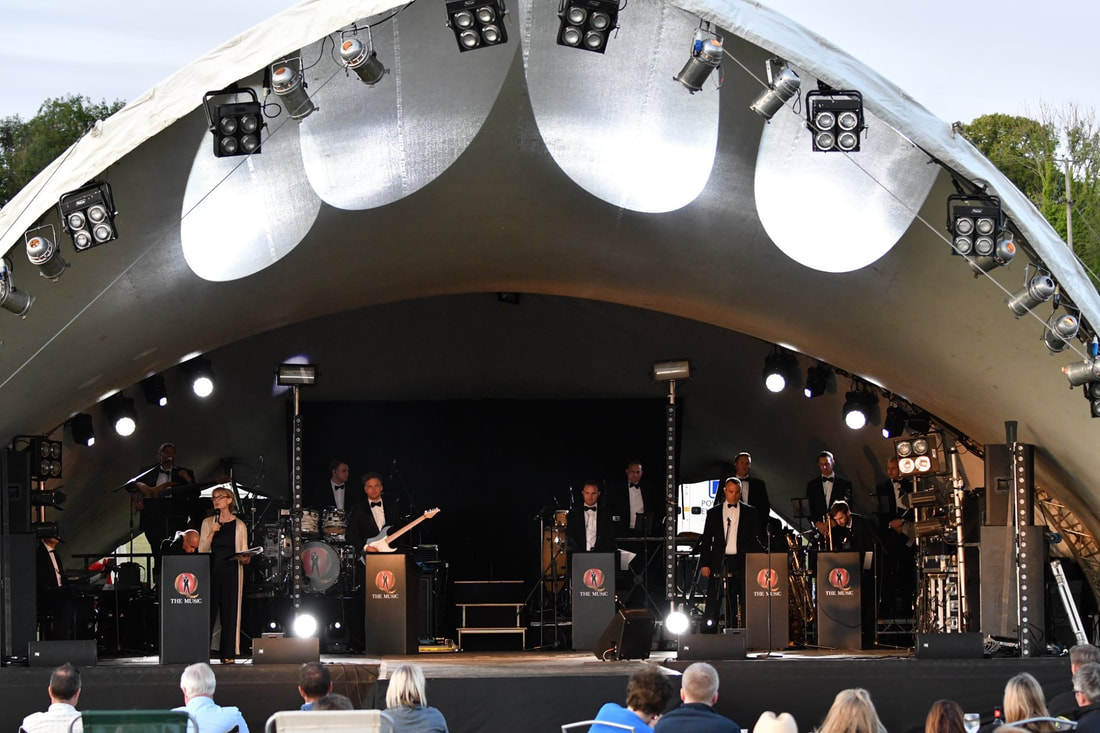 Madehurst was delighted to be hosting the village’s first ever Friday Night is Music Night event featuring Q The Music – the World’s leading James Bond Tribute Band, Concert & Orchestra, to be held in the grounds of Cricket Club.

Everyone brought their own picnic tables, chairs and as much food and drink as they wished to consume! Dressed in a "Touch of Bond" at the Madehurst Bowl we enjoyed a fantastic night of live orchestral music in the idyllic setting of Madehurst!

Warren Ringham, a huge James Bond fan, and professional musician, founded Q The Music in 2004. They were the first band anywhere in the world to provide a tribute to the music of James Bond. Their concept is to take the amazing music of 007 and reproduce it with a live 13 piece orchestra line-up, without compromising the sound of the original songs.
Drawing on nearly 20 years experience as a professional Trumpeter Warren has brought together some of the UK’s very best full time professional musical talent – musicians who are not only at the very top of their game instrumentally, but also understand the importance on putting on a show, as the visual entertainment is a huge aspect to their performance, and contributes hugely to the wow factor it creates.

Since 2004, Q The Music have played around the World in places such as The Maldives, Monte Carlo (several times), Italy (several times), Guernsey (several times), Switzerland, Germany, Czech Republic, Cyprus, Gibraltar and Majorca.
In 2013 they appeared on the BBC for a televised wedding and won 2 UK wide titles in the National Entertainment Awards; Best Tribute Band and Best Female Vocalist.

In 2017 they were asked to perform at Sir Roger Moore’s official memorial event: the dedication of a sound stage in his name at Pinewood Studios. The private event was attended by some of the British film industry’s top names including Sir Michael Caine, Dame Joan Collins and David Walliams as well as many of the Bond alumni including producers Barbara Broccoli & Michael Wilson. 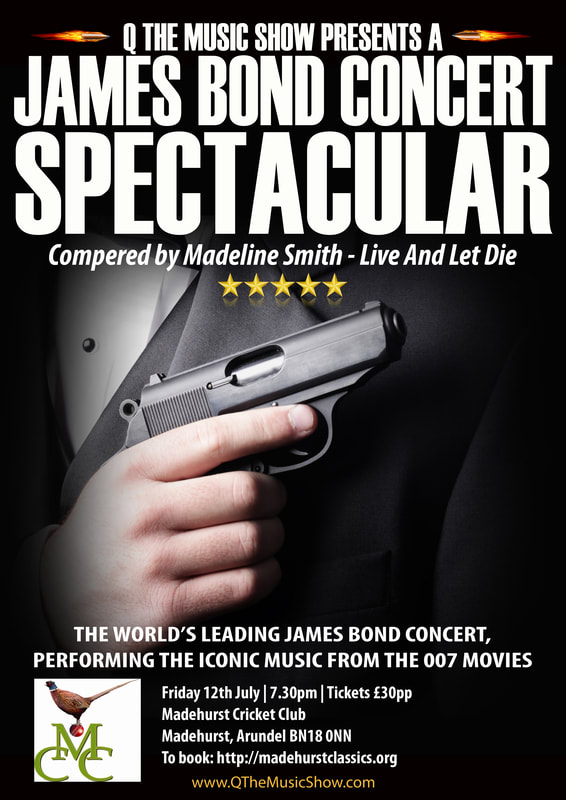